In honor of Independence Day, a ghost walk through Philadelphia!  This one takes about 45 minutes, not including a stop in the City Tavern for food, ale, and air conditioning.  Standard disclaimers apply – some of these places are public, others private, but don’t expect to go running inside these places to conduct ghost hunts without prior permission.

Story: Though the cemetery may be closed, you can still get a peek at one of its most famous resident’s grave. Benjamin Franklin’s grave may be viewed through the fence on Arch, near the corner of Fifth Street. You’ll likely see pennies scattered across the grave – many visitors leave pennies there to commemorate his famous saying, “A penny saved, is a penny earned.” However, the Colonial hero may be getting weary of the joke. Visitors have reported having pennies thrown back at them by a ghostly force.

Manifestation: Pennies thrown at visitors by an invisible force. 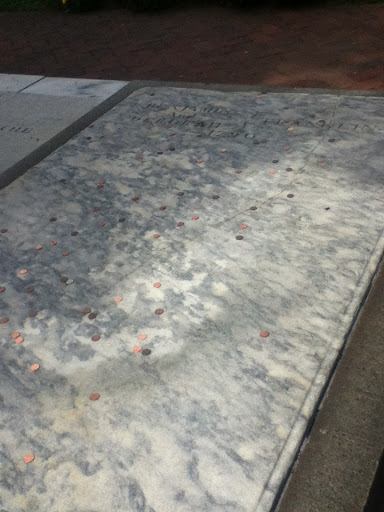 Continue down Arch Street and cross Third to the Betsy Ross House at 239 Arch, on the left side of the street.

Story: A security guard was shot and killed here in 1980 and since that time, people have reported hearing voices in the house. Betsy Ross is also believed to haunt the house. Ghost Hunters shot their season 5 premier here. 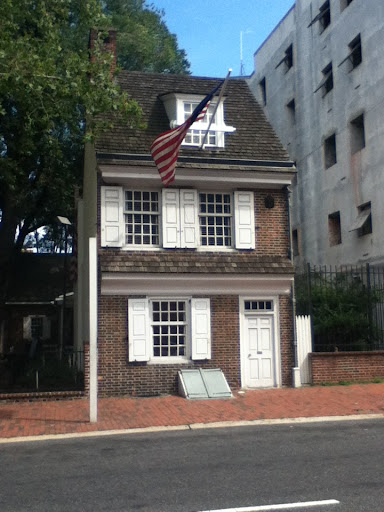 Return to Third and go left until you reach the First Bank of the US, on 120 South Third.

Story: The oldest bank building in the US, the First Bank was built in 1795, when Philadelphia was still the nation’s capital. It was established to create a standard currency and its first treasurer was Alexander Hamilton, who guided its founding and was passionate about the nation’s finances. Days after he was killed in a duel with Aaron Burr, his ghost was seen at the bank. Sightings have declined over the years. 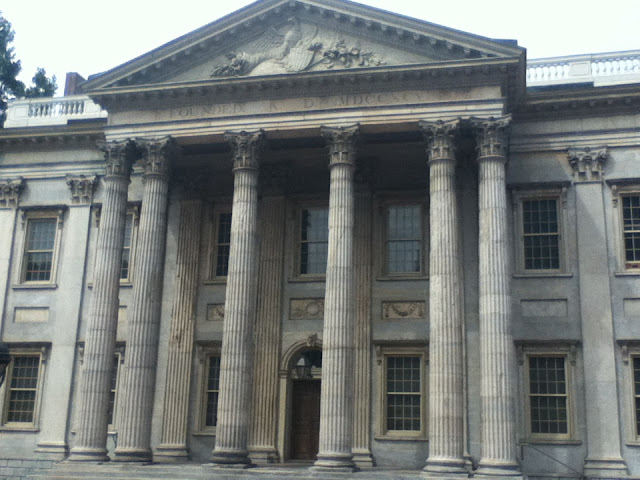 Continue a few feet down Third and go left at the brick pedestrian walk, following the sign to the City Tavern (past the Exchange Building with the sleeping lions).

Story: This building is a reconstruction of the original, which was opened in 1773 and was the meeting place for numerous Continental heroes. John Adams found the City Tavern one of the few redeeming features of Philadelphia. The building was destroyed in 1854 due to a fire and rebuilt in time for the bicentennial in 1976, using the original blueprints. Today, the only differences are the modern conveniences (e.g. air conditioning) and the sight of women in the dining area – unheard of during Colonial days. Two ghosts are rumored to inhabit the Tavern: a young bride who died in the fire, and a former waiter who was killed in a bar fight. 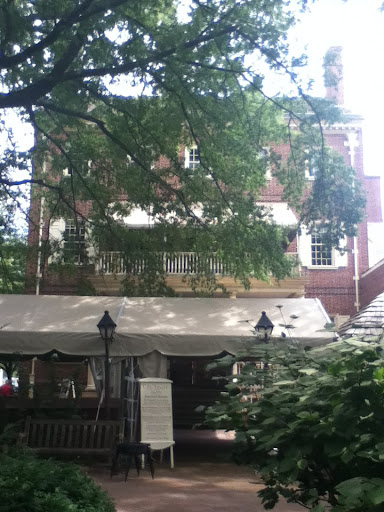 Retrace your steps to 3rd Street and continue south, turning right on Walnut.

Story: This historic home was owned by Bishop White, chaplain to the Second Constitutional Convention and the US Senate. Considered the most haunted home in Independence Park, rangers have reported feelings of uneasiness and avoid entering it alone at night.

Manifestation: Shadowy shapes have also been reported throughout the house, as well as a howling ghost cat, an elderly housekeeper on the first floor, and a tall, thin man on the third floor. 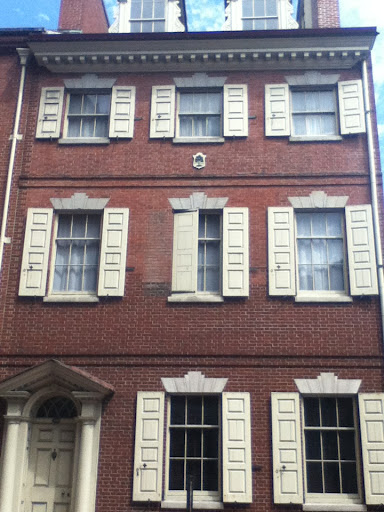 Retrace your steps to Third Street and continue south.

Story: This home was built in the Georgian style in 1765 and purchased by the first mayor of independent Philadelphia, Samuel Powel. The mayor and his wife were great entertainers, hosting lavish parties. In 1965, historian Edwin Moore reported seeing the ghosts of General Lafayette and several other Continental Army officers ascending the mahogany staircase. Several visitors and Moore’s wife reported seeing the ghost of a young woman in the drawing room (immediately to the left as you enter) wearing a lavender and beige gown. The gown was later discovered – it belonged to Benedict Arnold’s unhappy wife, Peggy Shippen. The gown had last been worn by Peggy at a party at the Powel House. Now a museum with guided tours, the main staircase can be seen from the entrance hall.

Manifestation: The ghosts of Continental Army officers ascending the staircase. Peggy’s ghost has been seen throughout the house. 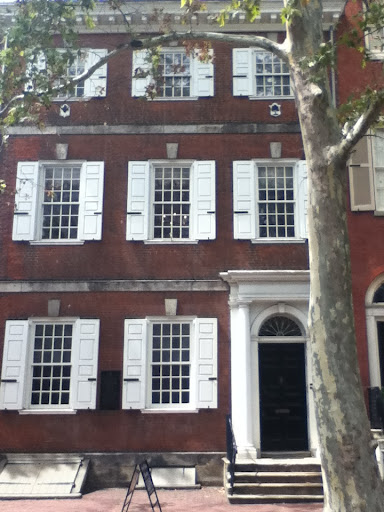 Story: The church was opened in 1761 and is well worth the visit. Manifestation: According to legend, every night at 9:00 a phantom appears, to protect the spirits of the five Indian chiefs buried there.

[Note: Hag of Pine Street between 6th and 7th – a crotchety elderly woman who died at home and shrieks at youngsters] 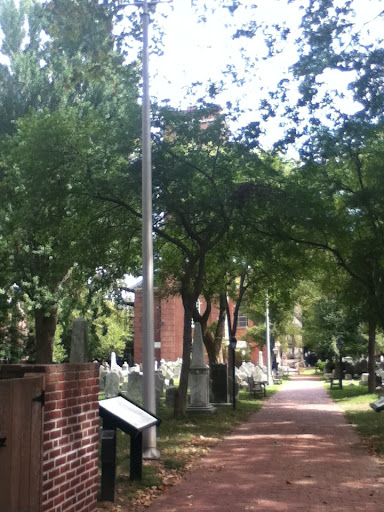 Story: This Federal town house was built in 1786 by Henry Hill and became home to the “Father of American Surgery,” Dr. Philip Syng Physick, who lived there from 1815-37. He also invented the first American soda pop. The house is open to the public.

Manifestation: The house is believed to be haunted by Elizabeth Roberts Physick (Emlen) (1779 – 1847), whose ghost was reported weeping in the yard near the stump of her favorite tree, chopped down shortly before her death. 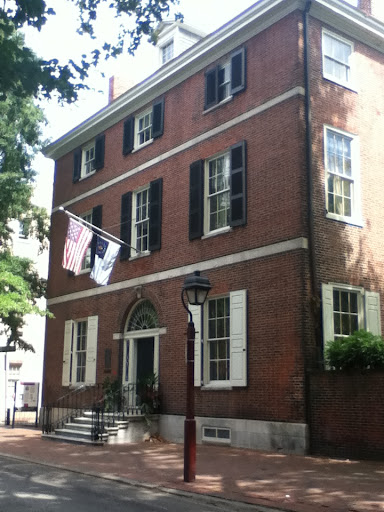 Continue up S. 4th Street and turn left on Spruce, then right on S. 6th Street to Washington Square.

Story: One of the five original squares laid out by William Penn as he was planning the city, the square was used as a burial yard for John Does from 1704-1794. A young female suicide was buried here as well, as her family was not permitted to bury her in hallowed ground. In 1776, fallen Colonial Army soldiers were buried in the square. Coffins were piled atop each other in pits along 7th Street and the south side of the cemetery. When the British seized the city in 1777, they took over nearby Walnut Street Jail. Conditions in the jail were wretched and the British buried deceased prisoners in the park. During the 1793 yellow fever epidemic, the park was also used as a mass grave. With all this history, it’s no wonder the park is believed to be haunted today, though it’s doubtful the many sunbathers and picnickers who congregate there are aware of its tragic past.

Manifestation: Oppressive feelings. The ghost of a Quaker woman named Leah is believed to patrol the cemetery at night to protect the graves from robbers. 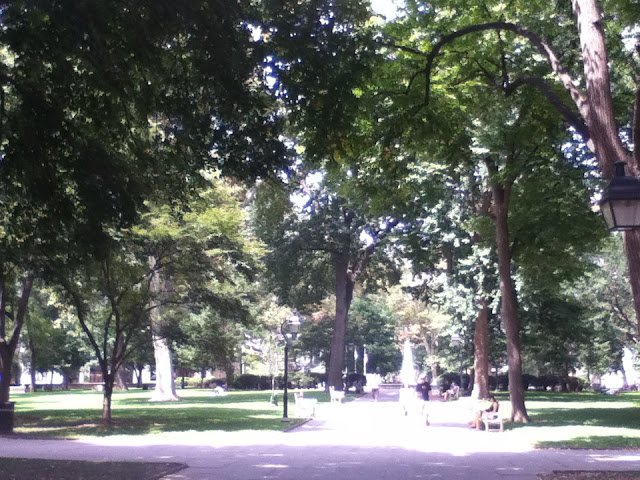 Continue up S. 6th Street and make a right on Chestnut

Story: Manifestation: Paranormal mists and the ghosts of Benjamin Franklin and Benedict Arnold have been reported.

Note: If you want to go inside Independence Hall, tickets are available for purchase two blocks away in the visitor’s center. 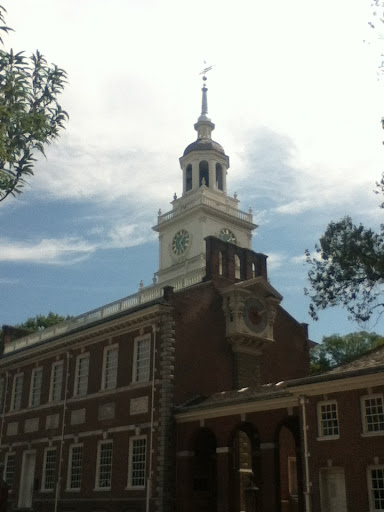 Story: Manifestation: Benjamin Franklin’s ghost has reportedly been very active here, pinching a woman’s bottom and seen wandering the facility with an armful of books. His statue has also reportedly come to life and gamboled down the street. 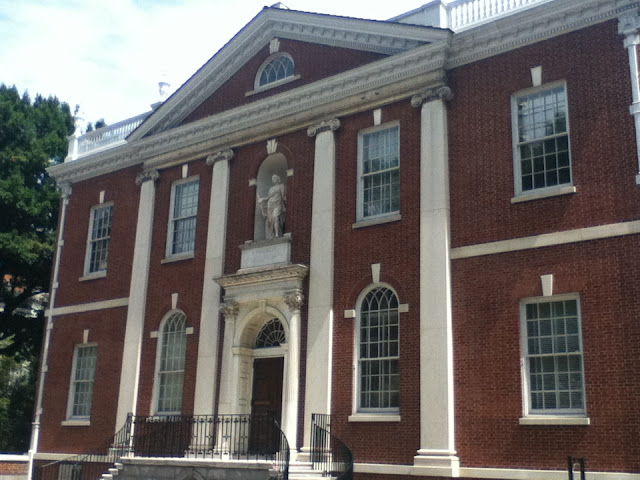