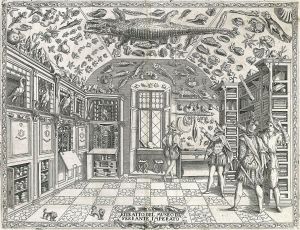 1599 engraving of a curiosity cabinet, from Ferranto Imperato’s Dell’Historia Naturale

San Mateo’s Zymoglyphic Musem is a modern-day curiosity cabinet. Part cryptozoological art, part marvels, the Zymoglyphic Museum is open rarely, and lives in an outbuilding off the driveway of a house.

And though this museum was born in a ten-year-old’s imagination, the history of the curiosity cabinet (or wunderkammer) stretches back to the Renaissance. Kings and wealthy merchants stocked entire rooms, with the beautiful, the bizarre, and the P.T. Barnum. Well, Barnum came later with his Fiji Mermaid and other fraudulent wonders, but the Zymoglyphic Museum exists in the same grand tradition.

What makes this museum special is the fantasy world the artist, Jim Stewart, has created. It’s multi-layered. First are the tiny worlds within each terrarium. And though they’re not all filled with cryptoids, I’m officially filing this post under the paranormal topic of cryptozoology. Second is the photo-collage world of the Zymoglyphic region where alchemists, goddesses, and steampunk priestesses collide, and the mythical source of the museum’s creatures.

The Zymoglyphic Museum is open randomly and by private appointment. But if you can’t get to San Mateo, CA, who knows? There might be a quirky cabinet of wonders not from your house. 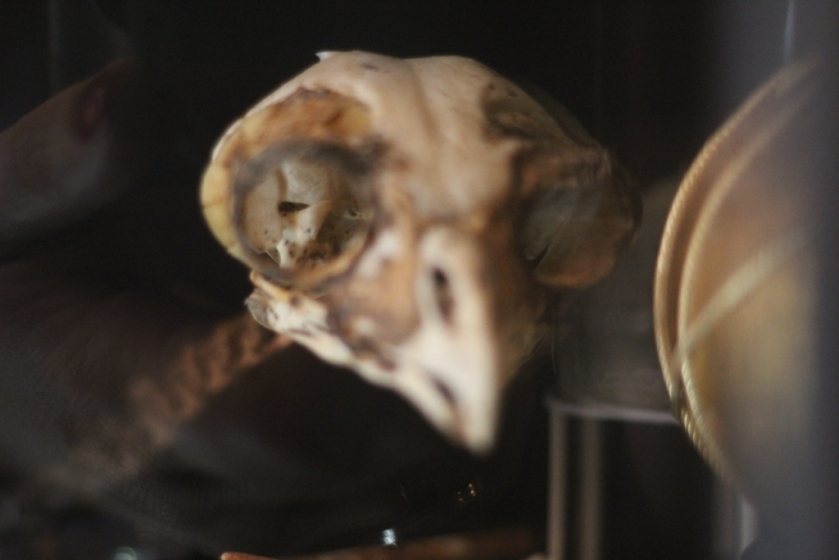